"The Church in the Night"

"Grace of the Mundane"

"The Corner of Melancholy"

I paint my psychological landscape that is based on the actual places in my neighborhood. My attention is drawn to the mundane residential environment, which represents disillusioned urban life behind the luxury of city.

I see the distance between the windows on the façade, which substitute for invisible residents. As places where physical distance is inverse to the psychological distance among neighbors, residential buildings seem to represent human relations in urban society that shares the attribute of individualism. Ironically, in this structure, one can be anonymous despite the physical closeness among them.

Living with unknown neighbors there, I myself become an anonymous neighbor to them. They and I exist, and yet do not exist simultaneously in a psychological sense.

In my painting, there is nobody inner and outer buildings ostensibly. The silence of residents evokes my imagination of unseen people and their absence. Between the sense of presence and absence of the neighbors, I paint the invisible, formless, and hidden somebody who is expected to be there through one’s traces in the landscape. 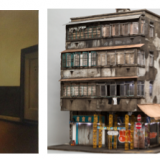 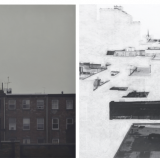 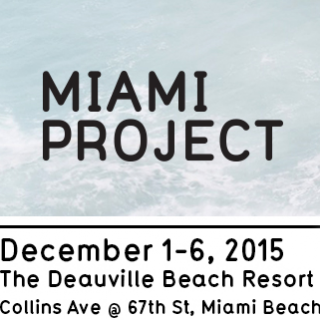