The series “Trespassing” explores encounters between human and nature. Human-made objects are placed into a landscape, where their interactions with the natural elements are recorded.

Forces of wind, currents and waves are harnessed and the unfoldings in these encounters are recorded; how nature composes and rearranges these objects. The process involves a large format camera and often long exposures. With this kind of a camera, there is no possibility to see exactly what fills the frame at the moment of exposure. Once the shot has been set up, there is little control over the final image.

The choice of materials for these interventions is indicative. Using mostly found materials, like rope, old sail-cloth, and nails, which are joined by other, somewhat “lesser” materials like Styrofoam, LED-lights and rubber balloons. These fragments are tracing out a human presence, one that is systematically lacking in these series.

The title of each individual photograph is simply a list of materials that can be found in (or outside) the frame. They read like a list of components out of which these devices are constructed. The purpose of these objects is to allow for nature‘s gestures to appear. In a sense, they form a background for the play of elemental forces. They are shown, but are not the principal subject matter. Similar to the naming strategy where the title announces rubber, but white balloons are shown. Rubber itself is not visible; it forms a background for the shape of a balloon. Objects are, on their part, background for the shapes sketched out by their arrangement and movement.

Nature is not passive in these photographs. It declares its presence by tracing out forces that run through the landscape. 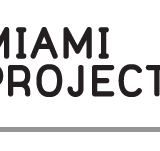