Then Grey and Fluttering
43 x 43 inches
Collage, photo-transfer and acrylic on mylar
2018

Collage, photo-transfer and acrylic on mylar

Collage, photo-transfer and acrylic on mylar

Forces Which Cannot be Ignored
33.5 x 23.5 inches
Collage, photo-transfer and acrylic on mylar
2018

Matthew Conradt received his Masters in Fine Art from Pratt Institute in 2008. Later that year Conradt was an Artist-In-Residence at the Cooper Union School of Art and was a part of the Artist-In-The-Marketplace Biennial at the Bronx Museum of Art in 2012. He was also featured as a solo presentation at Volta Art Fair in 2014. His work has been widely exhibited in the US and abroad and has been placed in significant US and European collections. He has been featured in numerous publications and art blogs such as the New York Times, SHK Magazine, and Little Paper Planes. Matthew currently lives and works in Brooklyn.

Matthew Conradt’s mix media works investigate the current disarray of the American Dream. Growing up in the mid-western rust belt, Conradt forages for images in newspapers and magazines that are both familiar and alien to his experience. Decadent interiors, wood paneling from trailer homes and wide-open, desolate landscapes become portents and signifiers of the substantial socio-economic and cultural differences that currently exist in the United States. With collages that meld and blend into a dream-like state of America past and present, we see a transition of American culture from within eras and classes mashed up like a palimpsest of conflicted experiences.

Matthew Conradt's recent work is interested in the underlying structures in images that reveal the different social realities that we are all apart of. Conradt appropriates images and alters them, interrupting the picture plane or obliterating the image entirely, making the narrative more difficult to penetrate. The result is paradoxically inviting and unnerving vignettes that call to mind the artifice of the imagery we encounter daily, creating an unsettling commentary about the various narratives that we consume. 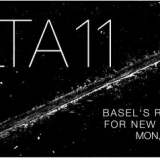 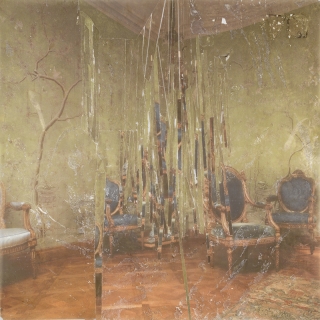